What does the pearl stand for?

The English name of the pearl is Pearl, which was evolved from the Latin Pernulo. Its other name is Margarite, which is derived from the ancient Persian Sanskrit, meaning "the son of the sea."

As early as ancient times, when primitive humans were foraging on the beach, they discovered a white pearl with a color halo, and it was attracted by its crystal magnificence. Since then, pearls have become a favorite accessory and have been passed down to the present. 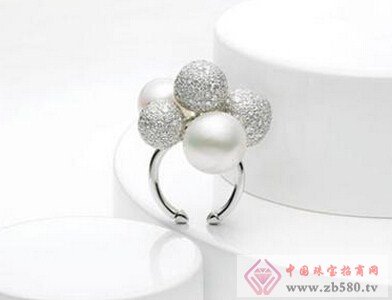 What does the pearl stand for?

China is a veritable ancient pearl country in the world. The records of pearls can be traced back to 2200 BC. According to "ShangshuÂ·Yonggong": "Huaiyi Binzhu", which shows that the history of Chinese pearl mining began as early as 4,000 years ago, and the Huaihe River produced freshwater pearls. At that time, pearls were also tribute. In the ancient books such as "Book of Changes" and "Book of Songs", there are records about pearls. The historical facts of Zhou Wenwang decorating the hair with pearls are recorded in "German Mirrors and Packing Tables". Therefore, it is generally believed that the use of pearls in China began in the Eastern Zhou Dynasty. Since the Qin and Han dynasties, pearl decoration has become more and more popular. The pearl has become the luxury of the imperial court, and the emperor has begun to accept the offering of pearls. The Eastern Han Dynasty Guiyang Taishou Wenxi â€œHanzhu for Meiâ€ to the Han Shun Emperor. The royal princes of the Western Han Dynasty also used pearls extensively, and the pearl became a symbol of honor.

In the Western Renaissance, the famous painting "Venus Birth" vividly depicts the mythical story of the formation of pearls: the Venus goddess slowly floats out of the sea with a slowly opening giant shell, and countless water droplets flow down the body. It becomes a white pearl with a white grain that is lifelike and gives people a feeling of beauty.

100% polyester fabric, light and thin, good wear resistance, and good air permeability. Fabric include semi-blind and blind. Blind fabric's back coated with white or the color same with fabric. Many configuration options blackout, waterproof, protect UV according to the weather and your mood adjust brightness of the sun light.